For as long as there has been medicine, there have been people who don’t want to take it.  Who can blame them?  In an attempt to bypass traditional medicine, alternative “medicine” has been graciously welcomed into the community.   As an example (my theory), in the 1700’s the British raped the Ideas of the Native Americans’ use of herbs, sage, cedar and tobacco for healing purposes by making the assumption that if passing Sage and Tobacco smoke over an individual for ritualistic purposes helped individuals, then blowing tobacco smoke up one’s arse would probably prove to be more beneficial.    This is a true story and the origin of the term “blowing smoke up your ass:”

“Smoke was literally blown up the rectum by inserting a tube. This tube was connected to a fumigator and a bellows which when compressed forced smoke into the rectum. Sometimes a more direct route to the lungs was taken by forcing the smoke into the nose and mouth, but most physicians felt the rectal method was more effective. The nicotine in the tobacco was thought to stimulate the heart to beat stronger and faster, thus encouraging respiration. The smoke was also thought to warm the victim and dry out the person’s insides, removing excessive moisture.” There are plenty of complimentary and alternative medicine (CAM) modalities used today, but just how valid are they?  Should they be used instead of traditional medicine? Alongside traditional medicine? Have they been evaluated by randomized control studies?  Regardless of the studies, do they work?  Are they dangerous?  Is the risk-to-benefit ratio low enough to try it?

As a physician, I believe CAM has its place in our current healthcare climate.  Alternative medicine should rarely be used individually especially if we are talking about cancer or other potentially life-altering illness.  If the CAM carries little risk, I don’t see much harm in being your own case study.  However, I repeat, if you are faced with a potentially life-altering diagnosis, seek a professional medical opinion and use CAM as a complement to traditional medicine, not in place of it.

There are a lot of sham “practitioners” who are preying on the anxieties and fears of desperate and disenchanted patients.  There are many promises from sham practitioners stating that their method or herb will “cure your cancer.”  This is not only appalling but malicious and downright cruel.  The irony is that so many patients are downright cynical about assumed profits that western allopathic medicine and “big-pharma” make that for some reason they turn a blind-eye to the enormous profits that are being demanded for these sham alternative practices and week long curative retreats.   I’ve never seen anyone laugh all the way to the bank, but if I did, I would assume it would be these deceptive practitioners.  Note: There is nothing wrong with making money, it’s part of what makes our country exceptional, however when it’s done at the expense of someone’s health, shameful greed should be frowned upon.   I have one word, “Karma.”

There is significant conflicting data on the research of coffee enemas and the advertised benefits.  Maybe you are thinking, “Of course there’s conflicting data…there is no money in a cure! All the so called medical studies are purposely pulling the wool over everyone’s’ eyes.” I get the conspiracy theory but heed this please, doctors spend half of their life in school acquiring more debt than most people truly understand (over $250k) and have dedicated their life to helping strangers. So accusing physicians that they keep people sick for money has to be the most insulting thing you can say to a physician. Period.  Note:  I am not deluded.  Obviously, there are doctors that are blinded by profit:  See Andrew Wakefield or Martin Shkreli

One of the major CAM therapies we are seeing nowadays are the coffee enemas.  Practitioners are claiming that coffee enemas can help detoxify and cure (or fight, more appropriately) cancer.    See picture below from www.draxe.com (who doesn’t hold a medical degree but has 14 million views and whose website is ranked 1700 in the USA).

Why would anyone make the claim that coffee enemas can “detoxify” your liver and fight cancer?  Is it made up?  Well not really.  Dr. Gerson back in the 1930s essentially is said to cure himself of his migraines and skin tuberculosis by creating a diet rich in plants.  He was said to treat numerous people with the same ailments with high cure rates. The more I learn about  Dr. Gerson, interestingly, the more I like him.  He said, “Since the end of January 1946, I treat my patients in the Gotham Hospital in New York, 90 percent of them without charge, and never refuse any patients, irrespective of their condition, in order to see what this treatment can do for them. Up to the present, all practical and research work was financed by myself in cancer, as well as other chronic diseases, including tuberculosis and I will not ask for money, here. This limits the progress of the method.”

However, a major issue I see is that these therapies were over 70 years ago when the intercellular/cancer process was much less known.   I do believe that Dr. Gershon had the best intentions for his patients.  Today, I don’t always think this is the case (specifically because of what we know now).   I believe profits and anxiety drive many CAM practitioners, at least in the ones that make claims about curing cancer, treating your parasites, justifying your “acidic pH” and trying to rid you of your systemic candidiasis.  We will save this and much more for later discussion 🙂

Sorry to break the bad news, but cancer will not be cured by fresh juices and coffee enemas.  Will the juicing and a smorgasbord of veggies help with inflammation, weight loss, energy, and immunity? Yes!  But will it stop dysregulated mitosis, genetically altered P53 tumor suppressor genes while stopping the UV caused thiamine dimers?  One could hope, but unfortunately no.

The “science” behind the coffee enema is borrowed from the Gerson institute in TIJUANA, MEXICO:

The purpose of the enemas is to remove toxins accumulated in the liver and to remove free radicals from the bloodstream.  The caffeine travels via the hemorrhoidal vein and the portal system to the liver, opens up the bile ducts and allows the liver to release bile, which contains toxins. The theobromine, theophylline, and the caffeine in coffee dilate blood vessels and bile ducts, relax smooth muscles, and increase the bile flow.

Um, ok
(to those that don’t hold a higher degree in physiology and anatomy, this may sound convincing, but to physicians, we are like, “what?”)

Doctors at the University of Minnesota showed that coffee administered rectally also stimulates an enzyme system in the liver called Glutathione S-transferase (GST) by 600%-700% above normal activity levels. This enzyme reacts with free radicals (which cause cell damage) in the bloodstream and makes them inert. These neutralized substances become dissolved in the bile, are released through the bile flow from the liver and gallbladder, and are excreted through the intestinal tract. A Gerson patient holds the coffee enema in the colon for 12-15 minutes. During this time, the body’s entire blood supply passes through the liver 4-5 times, carrying poisons picked up from the tissues. So the enema acts as a form of dialysis of the blood across the gut wall.

Coffee is a good source of antioxidants that are similar to the antioxidants one would find in red (and now white) wine.  Two other chemicals found in coffee shown below: kahweol and cafestol, are also potent activators of Glutathione-s-Transferase (GST). GST is a well-studied antioxidant with potential anti-cancer properties, so one may ask, “If you want to see how much antioxidants rise with caffeine ingestion, why not just drink the caffeine?  Does it have to go up the rectum?

Let’s look at the science:

In the following study participants were given a cup of coffee (CC) vs. a coffee enema (CE).  The following tables look at the time on the x-axis (horizontal) and the mean anti-oxidant concentration on the y-axis (vertical).  Figure 1 shows the GST results, while the other two figures show the results of 2 other potent caffeine-stimulating anti-oxidants.    We can see that in Figure 1, whether the coffee was ingested or put up the rectum, the amount of GST was similar over time.

It should now be clear given the two previous studies mentioned that your morning Starbucks run for $3.50 will likely have more benefit than the $90 per-rectal cup-o’-joe process. And the barista isn’t getting fresh!

It’s important to recognize that there is not one single study in any medical journal that validates the use of coffee enemas for therapeutic purposes. In fact, studies have completely disproved the claims.

From the journal of Clinical Gastroenterology:

“Today we are witnessing a resurgence of colonic irrigation based on little less than the old bogus claims and the impressive power of vested interests. Even today’s experts on colonic irrigation can only provide theories and anecdotes in its support. It seems, therefore, that ignorance is celebrating a triumph over science.” –E. Ernst, J Clin Gastroenterol. 1997 Jun;24(4):196-8.

Remember, when talking about cancer, there is a therapeutic window of treatment.  Once that window has passed, therapy for a cure or long-term treatment may be too late.  So, please utilize complementary and alternative medicine as an adjunct to standard of care.  Ask questions.  Write them down.  Be inquisitive.  Be less cynical.

I am a Board Certified Family Practice Physician (MD) that has a passion for the proper treatment of patients. We are more than just our physical beings. We are complex and the current medical climate is failing both patients and physicians. As a new author, I feel passionately about letting everyone know how the system is failing us, moreover, how to overcome these barriers!
PrevNext
2 Responses 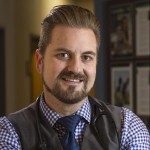